Manager of tomorrow seen through the eyes of Valeria and Francesco

It was really beautiful being invited to Dante School in Casale Monferrato (AL) where my robots and my interventions were so appreciated.

I waited for the classic intervention where I tell a bit about my experience and people ask me a bit of questions. On the contrary it was a completely new and particular experience. It didn’t seem to be even in a public school. But Dante School it is.

Not only an involving space with thousand teens of the high junior school available to be at school on Saturday afternoon, accompanied by their own parents who took part really interested into the event, but besides the central auditorium where the initial presentations were done, also all the classrooms were marked with works, all sorts of drawings welcoming the participants to the several labs.

A space realized on kid scale where the occasion to give life to an event of great importance was the inauguration of he creative workshop and the multimedia classroom of the Dante School.

It was stunning to see such skilled, interested teens so participating in their own projects, test their parents that curiously measured themselves and tested components, learnt Arduino’s bases thanks to a teacher who explained how a Theremin works, they tried Scratch, AutoCAD made the grammar interactive through some games…

I guarantee you it didn’t look like being in a public school of a reality relatively small like Casale Monferrato.

In this so stimulating context I had the honor to be speaker and to hold a lab.

All the students of Dante School had been prepared for the event, they already knew me and they already got informed of my sorry and of what I do online.

Lapo, one of my courses’ teen, also helped me with the lab.

Robot and 3D printers available for teens at Dante school

You think that thanks to this notice the public school also was able to purchase computers, robots and even a 3D printer. Engine of all this are the Headmistress and a teacher – Giulia, digital animator – who tries to take into the classroom the technology to give new opportunities to the teens being abreast with the times.

Together they try to infect their colleagues and push also the most reluctant ones to venture into the technology and robotic world.

It was a pleasure talking to the Headmistress of the Dante School, so opened to the technology even if she doesn’t understand it deeply.

My labs dealt with a demonstration of robots and trying the augmented, virtual and mixed reality through the visor where the mobile phone is put in.

The teens could test themselves with dinosaurs appearing in the room, they had the chance t dive into absurd world, they could go up the rollercoaster, go into the space or among penguins.

It was a very beautiful experience for me and for the teens and the teachers were so happy. The most beautiful thing of having committed by a constructive way this day, with many possibilities of future developments. 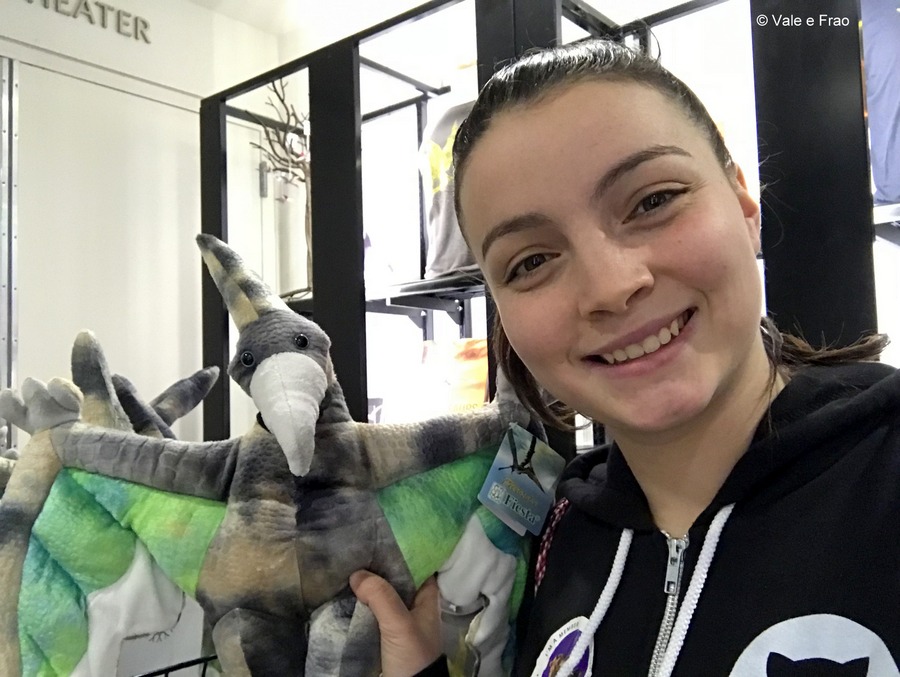